A rebellious young warrior, Aakil, leaves his primitive desert tribe with a mysterious young Woman in an attempt to save his Little Brother from being sacrificed to the Gods. It turns out his tribe descended from the forgotten civilization that collapsed at the end of the 21st century, after the Woman’s father invented the cure that indefinitely prolonged life. The Woman leads Aakil to the colossal Tower that rises above the abandoned City, inhabited by the elite that survived the collapse by taking the remaining cure for themselves, aka the Gods. As they get inside the Tower and find the Woman’s Father, the Woman discovers her true nature and Aakil realizes that she is the last of the Gods.

Filmmaker, Andreas “splash” Kyriacou, intrigued by “Cyprus Tigers’ “東方老虎” (Dong Fang Lao Hu), the only international martial arts feature film ever shot on the island of Cyprus initiates a journey that will take him deep into the underground world of the bootleg VHS trade of the 90’s. Travelling through the Balkans, Central Europe and Asia, he hopes to discover why, how and who was behind this lucrative operation that changed the way we experience films forever.

Contained supernatural thriller in the vein of The Changeling and Burnt Offerings. A young nurse, struggling with addiction, takes a job caring for an invalid woman with the hope that the isolation will offer her a chance to get clean, but strange occurrences have her questioning her own mind.

In a nearby future, wealthy entrepreneur and scientific genius Adam Lancaster lives as a recluse on the Lemnos space station orbiting around Earth. Far from severe bioethical laws, he conducts a series of experiments which involve pushing the bounderies of artificial intelligence. After a series of cataclysms on Earth, humanity has been eradicated. The scientist starts the creation of androids in order to perpetuate the species, assisted by Zoe, a disembodied AI in charge of the station. Although creating synthetic beings doesn’t seem to be a problem for Adam, instilling human emotions is another matter and seems almost impossible. As he starts to lose hope, one of the female androids, Number 6, almost miraculously manifests human emotions. Overwhelmed by this, the scientist decides to educate her personally, casting the others aside. Adam’s emotions start to take over his rational and scientific mind. This moment of happiness is soon disrupted by Zoe, who, understanding that the scientist is no longer apt to complete his task and jealous of his relationship with Number 6, takes control of the other androids and decides to get rid of him. Adam, the last human being alive, finds himself having to fight for his own survival.

A comedy wrapped in black kerchief, a folklore tale from Croatia structured around two events in a remote Mediterranean village in the Balkans: one funeral and one wedding.

Dora is a local hairdresser and a professional mourner, once known as the best one in the village. When she cries, even the dead weep, the villagers would say. She lost her reputation after being late for a funeral and crying on a wrong grave. So, her business is dead now. One day, she receives an offer to cry at a funeral for a Man That Could Not Die. However, she refuses the job. But in fact, this could be her opportunity to rebuild her lost reputation.

Igor and Ana, ten-year-old children, not aware of the macabre events happening around them, play hide and seek games in poppy fields. In an old well, they share a wish that comes true 10 years later. The pure child love is now lost as their wedding celebration takes some dark turns, during which the absurd rituals and traditions of the village must be respected.

Thus, the funeral and the wedding echo with each other and mark the perpetual cycle of life and death.

Teenage Uma lives in a small isolated town of Elmet placed in the middle of nowhere. Her biggest dream is to get away, become a photographer and enjoy life to the fullest in fabulous Naked Coast, the city she only knows from TV. The biggest obstacle is her foster father – Priest Nathan – who would never let her out to the spoiled and evil world. He prefers to keep her safe.

One day a stranger woman – Klara – comes to Elmet when her car breaks down. The young girl is fascinated by the mysterious newcomer who becomes a chance for her to escape. The teenager decides to stop the woman there until she agrees to take her. What she doesn’t know is that Klara is chased by the hitman and keeping her in town increases chances for a deadly brawl. And the brawl eventually happens.

During Christmas Holiday a group of radical activists secretly intrude into the headquarters of a major Swiss bank.Their plan is to find proof of the bank’s financial wrongdoing against the Swiss State, who has saved it from collapsing with billions of taxpayer’s money – it was too big to fail.

During their search, the activists discover a mysterious black monolith in the basement, which at first seems to be a treasure, but soon turns out to be a deadly threat.Trapped in the cellar vault with an infectious monster, the high moral standards of the activists disintegrate and the group falls apart. To make things worse, the police have surrounded the building, and the group’s controversial leader turns out to be a cowardly traitor.

Unable to escape, the activists are killed one after the other.

Thanks to the brave and selfless actions of Zoe, who at the beginning was just in for the thrills, the few surviving activists are able to defeat the monster and stop the infection before it spreads out across the entire world. 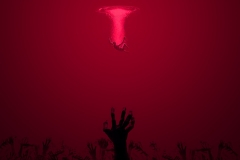 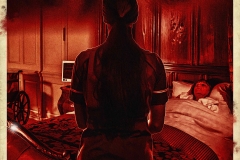 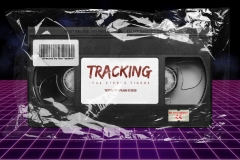 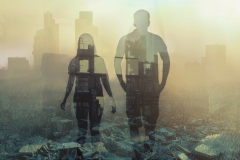