Full project lineup of the EGF 2017

British teenage girl Sim is spending her easter holidays at the remote farm of her Austrian aunt and uncle, who’s strange behavior towards their two children soon hints at a very special easter meal…

A grieving plumber and a disgraced scientist hunt the outskirts of London to trace the origins of a tormenting “Hum”, in order to commune with their lost loved ones.

A secret lies beneath a sleepy Irish village. A secret that has been hunted for centuries. Now the secret is out and evil is on its way to release the very hounds of hell.

The Pearl Harbor Naval Base is attacked and only one sailor survives, but is left insane. Former PsychicOps operative, Sean, is called out of retirement by his former boss to take the rookie eidetic (photographic memory), Rick, into the mind of the survivor and find out the nationality of the enemy forces, as for the US government to know which side of WWII to join. They realize another survivor was erased from the memories of the witnesses, and enter the mind of the psychic that erased it, only to find that the survivor is a fish-man creature and that the FBI knew about it.

An obsessed journalist travels to a remote island in pursuit of a story, but must fight for his life when he disturbs a community of long forgotten, inbred religious fanatics.

A young biologist discovers the connection between a case of a missing child and the existence of Striguni – creatures from the folk legends who prolong their lives by taking away the life force from the children. This is the story about deep human egoistic urge for immortality and emotional values that force us to go beyond that egoism and accept the death as a ‘better’ solution.

Diana would never normally have done it. She’d never have set up a blind date on a dating site. But she soon changes her mind when the chance arises to stand-in for her friend. Now, though, she’s got herself in a real mess. The night of her 40th birthday has turned into a surrealist nightmare. First, the man she was meeting had a heart attack in their motel room. Then in her haste to flee the scene, Diana left behind a pendant with her name engraved on it. And to make matters worse, her car has broken down on the motorway in the middle of nowhere… As luck would have it, though, an attractive young mechanic appears out the darkness, all too willing to help Diana solve ALL her problems.

When a colorful children’s umbrella gets stuck on one of the unloved store fronts, it is the first time JOEL notices the rundown shop. It advertises their business on a sun bleached sign “Mending Fool…”. Although he gave up on curiosity years ago, he can’t resist trying the weather-worn door. It screeches open and the smell of incense and wet dog tells him life will never be the same again. Joel has stumbled upon the Woolgatherer’s store, a place where foolish dreams are mended. It is run by MAYBELLINE, a capricious woman and LEON, a gentle man about Joel’s age. According to Maybelline everything is born from a raison d’être and with a raison d’être. Will Joel find his reason for being? 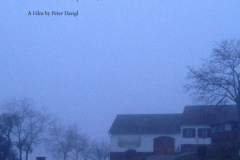 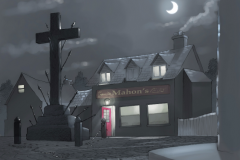 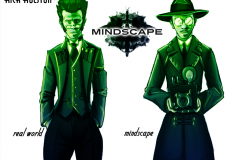 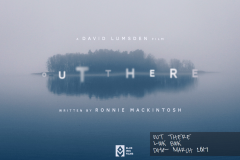 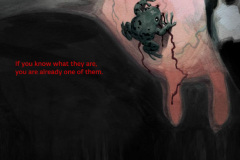 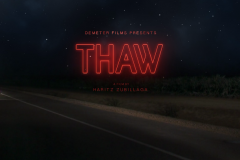 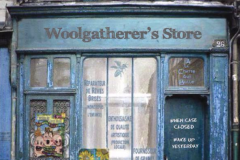