The European Genre Forum (EGF) is a training programme that sets to boost the careers of future European players in the genre film industry through two talent labs, packed with trainings, panels mentoring and pitching sessions. The Producing Lab takes place in Zagreb during Fantastic Zagreb in July. The Marketing&Packaging Lab takes place in Tallinn during PÖFF, in the final week of November.

During these two talent labs, up to eight chosen film projects will be able to discuss their ideas with script consultants, learn about the different aspects of (co-) production, sales and packaging from Industry professionals. Mentoring sessions with established genre filmmakers, crowd funders, legal experts and case studies of recent, successful films complete the programme. 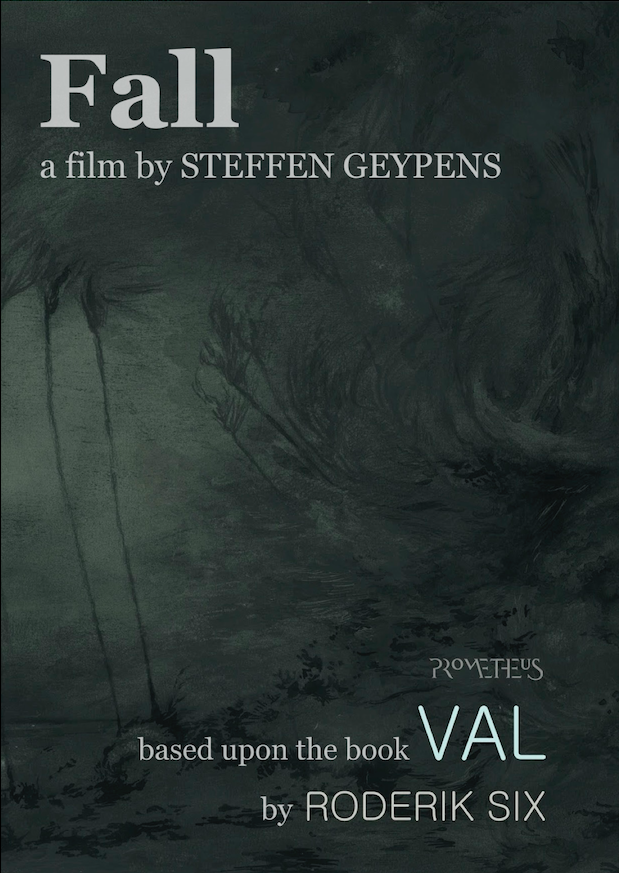 FALL is a psychological, mysterious horror film about a young doctor who’s tired of his busy life in the big city. He hopes to find inner peace in the remote town of Fall where he can take the place of the recently deceased doctor. When he arrives at his predecessor’s house he’s welcomed by the local police chief who advises him not to wait too long with visiting his new patients. He’ll soon notice that things are done completely different here than in the city ​​where he comes from. The encounters with the local inhabitants all become extremely remarkable, somewhat surreal, as they immediately tell him their innermost secrets. Even the nature of Fall seems to behave weirdly. But no matter how bizarre his new environment is, he finds the peace he was looking for. Until one day he makes a gruesome discovery at home. When not much later a dead body is discovered in the forest, the story accelerates and takes a very dark turn. What once seemed as an idyllic, peaceful place now turns out to be a pitch black retreat where no one is innocent. 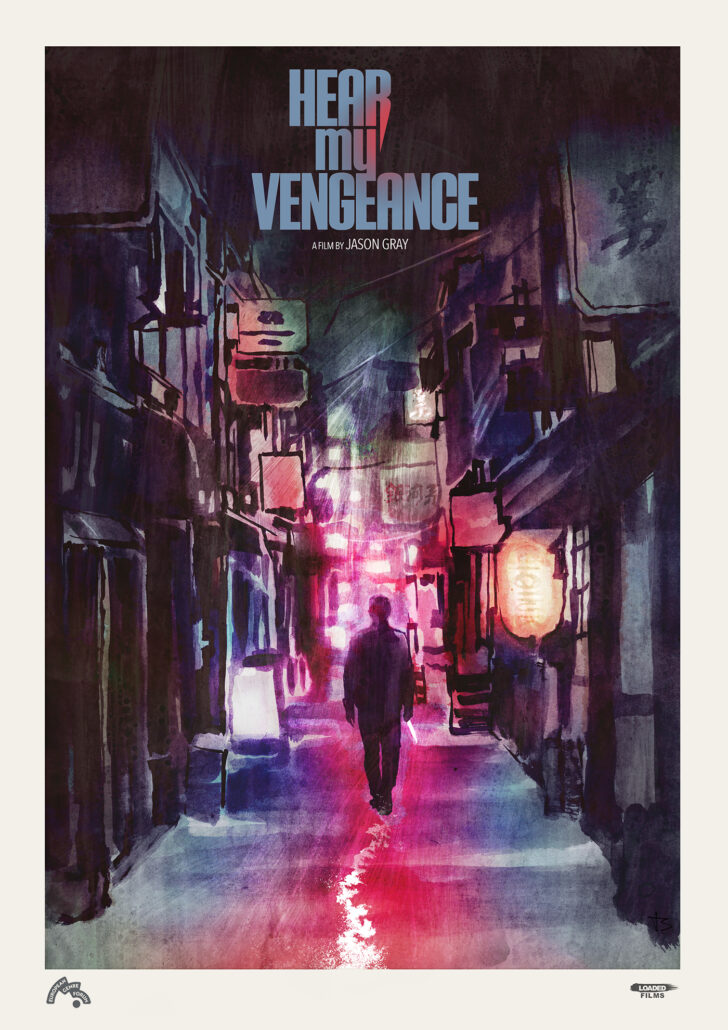 Tokyo, 2002. After years in psychiatric prison, Jeremy Bannon finally arrives from the UK to find Teppei Hamazaki, who slaughtered and cannibalized his sister Serena twenty years ago and remains free. Jeremy treasures his childhood Walkman recordings of Serena and vows to kill Hamazaki on tape on the anniversary of her murder, in tribute. Hamazaki, once a profitable cult figure, is now a destitute recluse. Under an assumed name, Jeremy poses as a crime book researcher and hires Hana as his guide.

As Hana unknowingly helps Jeremy get closer to realizing the brutal revenge fantasy that plays out in his mind, her kindness awakens a sense of normality in him for the first time. Financially desperate, Hamazaki and his sleazy agent scheme for a media blitz on the anniversary.

Olivia signs up to participate in research program at the Demeter Institute where she meets Elle, the Institute’s most advanced robot, programmed with the latest Artificial Empathy algorithms. An unusual bond develops between Olivia and Elle. When Olivia confesses a dark secret to Elle, it forces them to trust each other as they are propelled into the darkest corner of what it truly means to understand the world from another’s perspective. 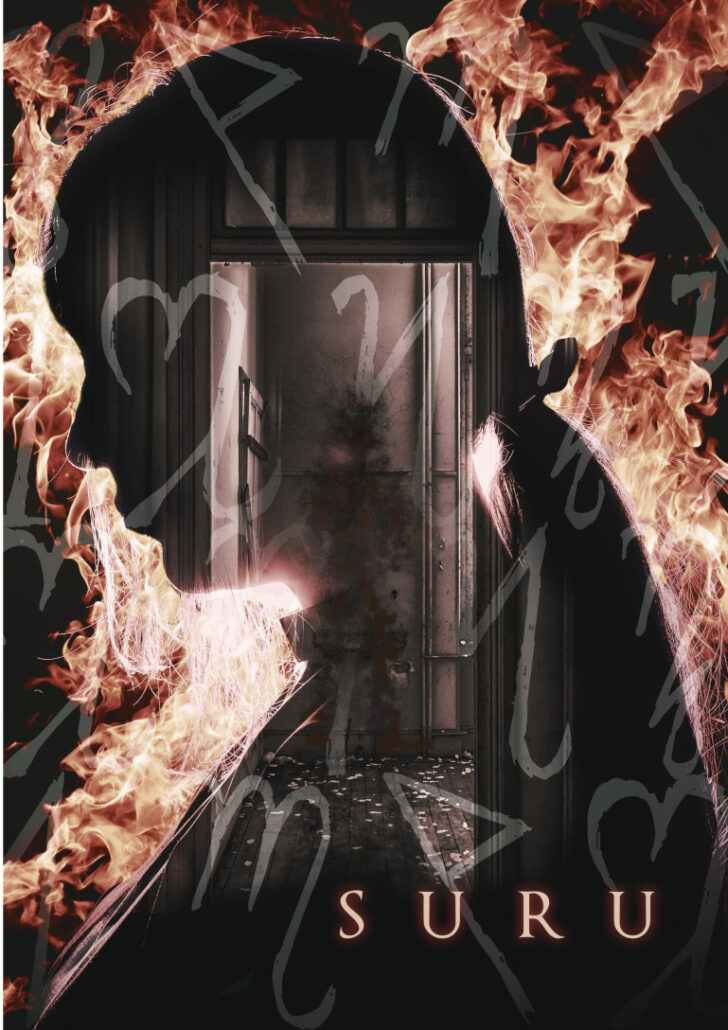 On the night of her birthday party, novelist Katie Proxmire receives a phone call that her son, graduate student Joel, has died unexpectedly. Struck by this sudden loss, Katie’s life unravels. Seeking meaning in Joel’s death, Katie follows a series of increasingly bizarre and unsettling breadcrumbs following Joel’s studies linking a secret Amazonian ritual, transfiguration, and parallel planes of existence. As Katie’s obsession with Joel’s transportation to an alternate reality grows, her relationship with her husband Noah splinters. Noah destroys a tape of Joel performing the ritual in a hope to bring Katie back to reality but it only causes her to dig deeper. After Noah destroys the tape, Katie reassembles it. The reassembly has made the once static tape clear, revealing new information to Katie. It shows Joel performing the ritual and ultimately killing himself. Desperate to reconnect with her son, Katie follows in his footsteps and performs the ritual. After the ritual, Katie sees signs she’s traveled into a parallel universe where her son is still alive. But just as life begins to come back to normal it falls apart as she struggles against slipping back into her universe, back into her reality. 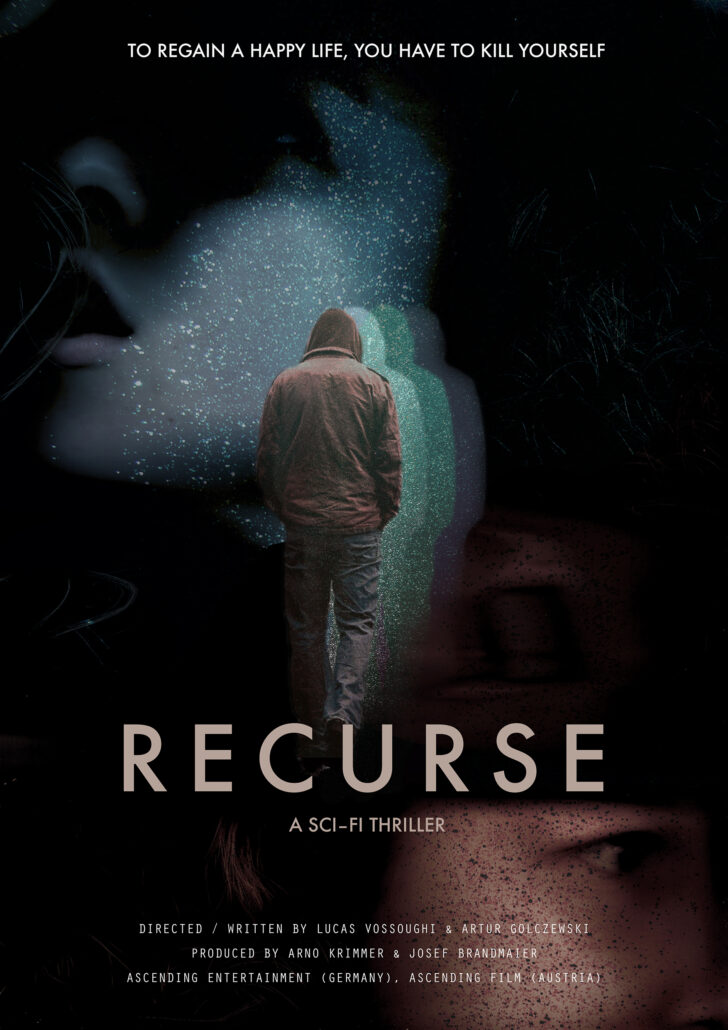 Physicist Emily has invented time travel and found the love of her life. But Emily is not only brilliant, she is also seriously unstable. After a heated argument with her husband, she just snaps and jumps back in time to give her marriage another try. But to do that, she has to kill her other self – which proves harder than imagined. On top of that, her future husband follows her to the past. He won’t give up on her so easily. Now Emily is stuck and has to deal with two versions of her husband and another version of herself, discovering things about herself, she’d rather not know… 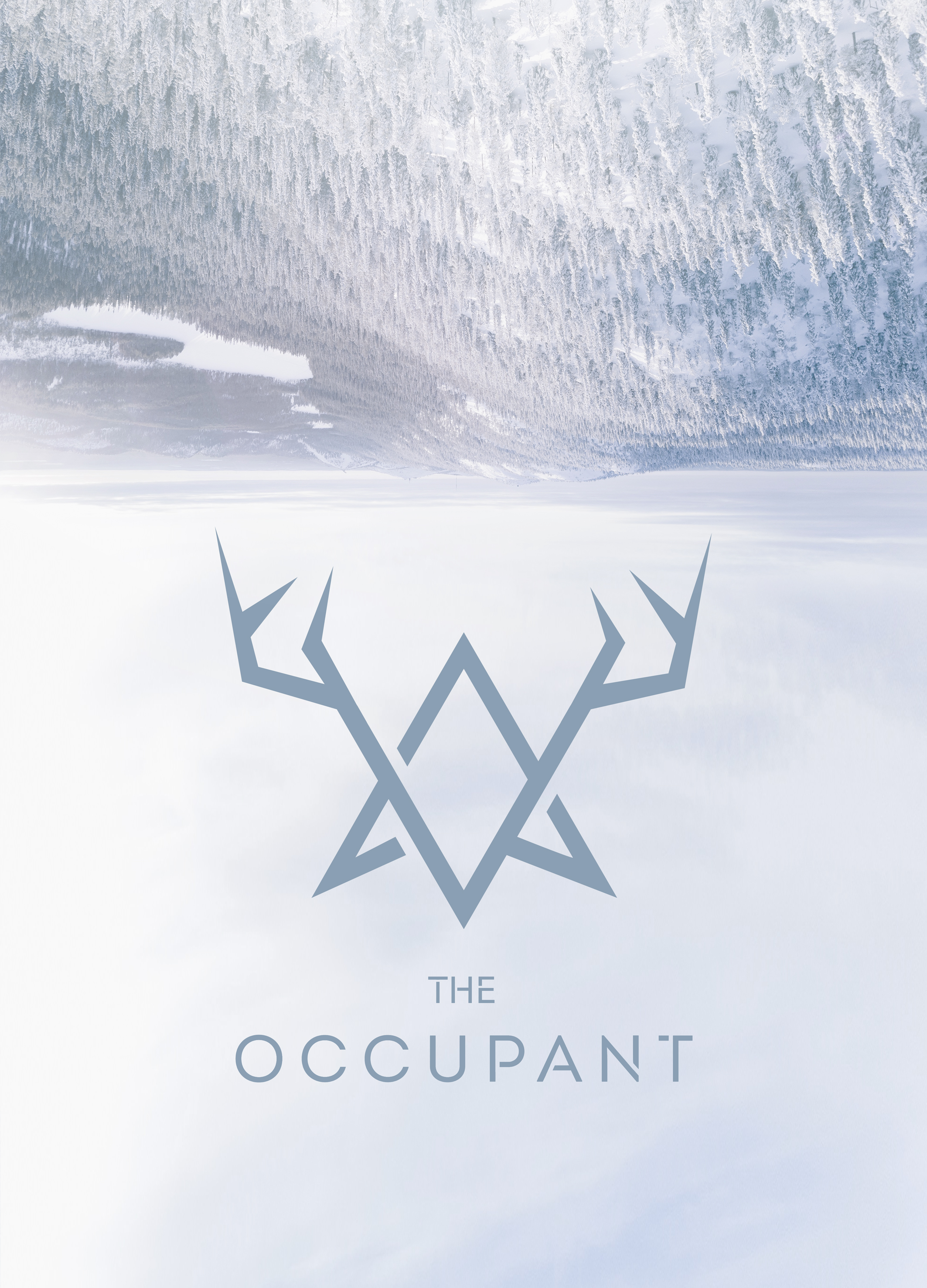 The Occupant (The Netherlands)

When Danny survives a mysterious helicopter crash, she tries to radio for help but receives a desperate plea from an injured pilot that crashed nearby, who pleads with her not to radio for help but to bring him medical supplies herself. Believing the injured pilot to be an American on a top secret spy-flight, Danny agrees to hold off on radioing the Russian authorities, and hikes toward the crash site with medical supplies. But after injuring her leg, and growing suspicious that the injured pilot is not who he says he is, Danny turns back, but discovers the pilot can remotely manipulate nature and perception, and will stop at nothing to force her to come to him. Now a wounded Danny must escape the harsh environment and the sinister pilot’s manipulations, or be forced to confront him and discover the horrifying truth about what he really wants from her. 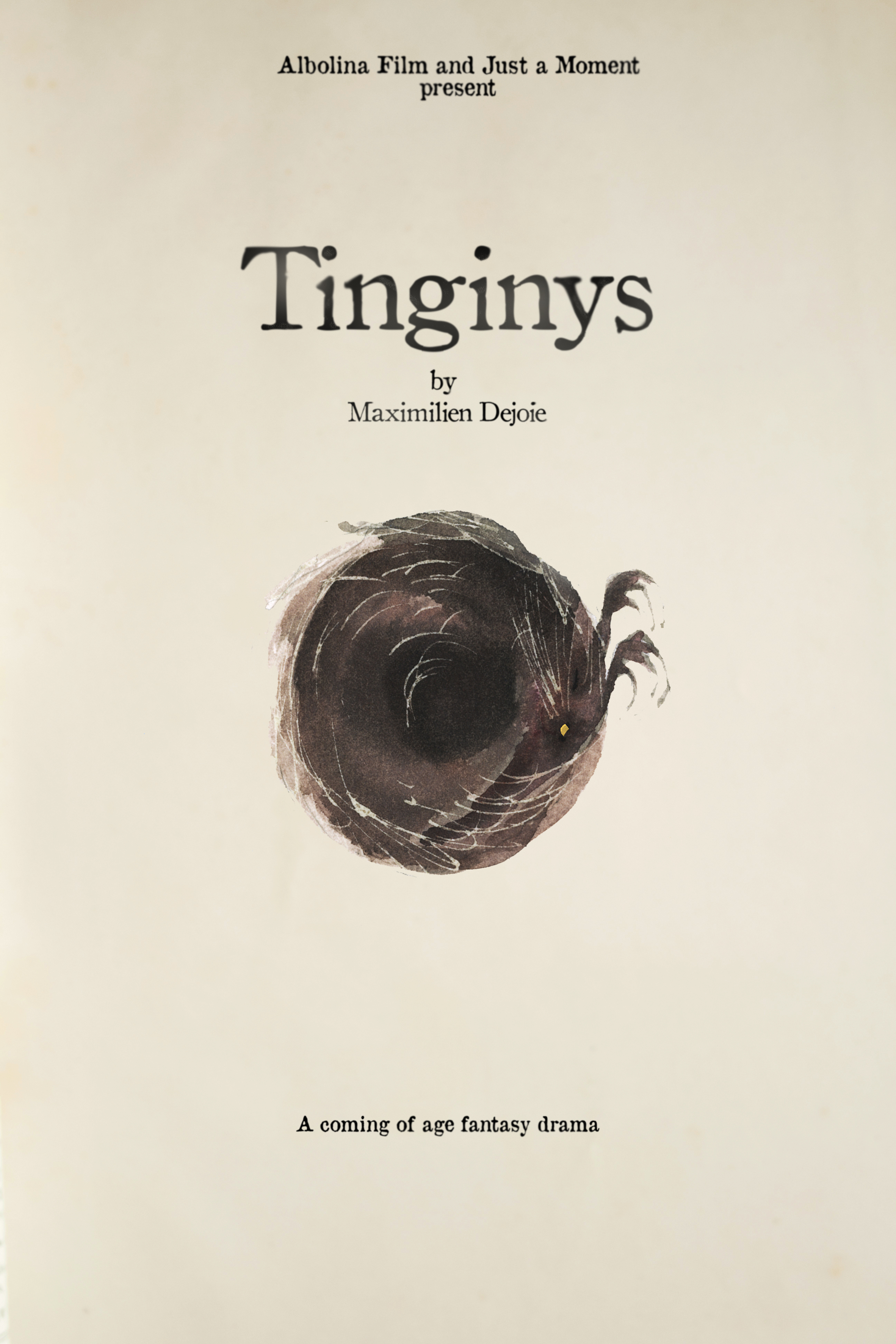 Canada, 1918. The world is in the grip of Spanish flu. When their mother is infected with the virus, Marilee (13) and James (8), the children of Lithuanian immigrants, are forced to fend for themselves. In a log cabin, far from the raging pandemic, they await the return of their father from the European Front. To distract her brother, Marilee tells him the story of Tinginys, a dangerous creature who is said to wreak havoc in the woods. All alone and full of fear, the two must learn to tell the difference between fantasy and real danger and find themselves fighting for survival in the face of hunger and disease. 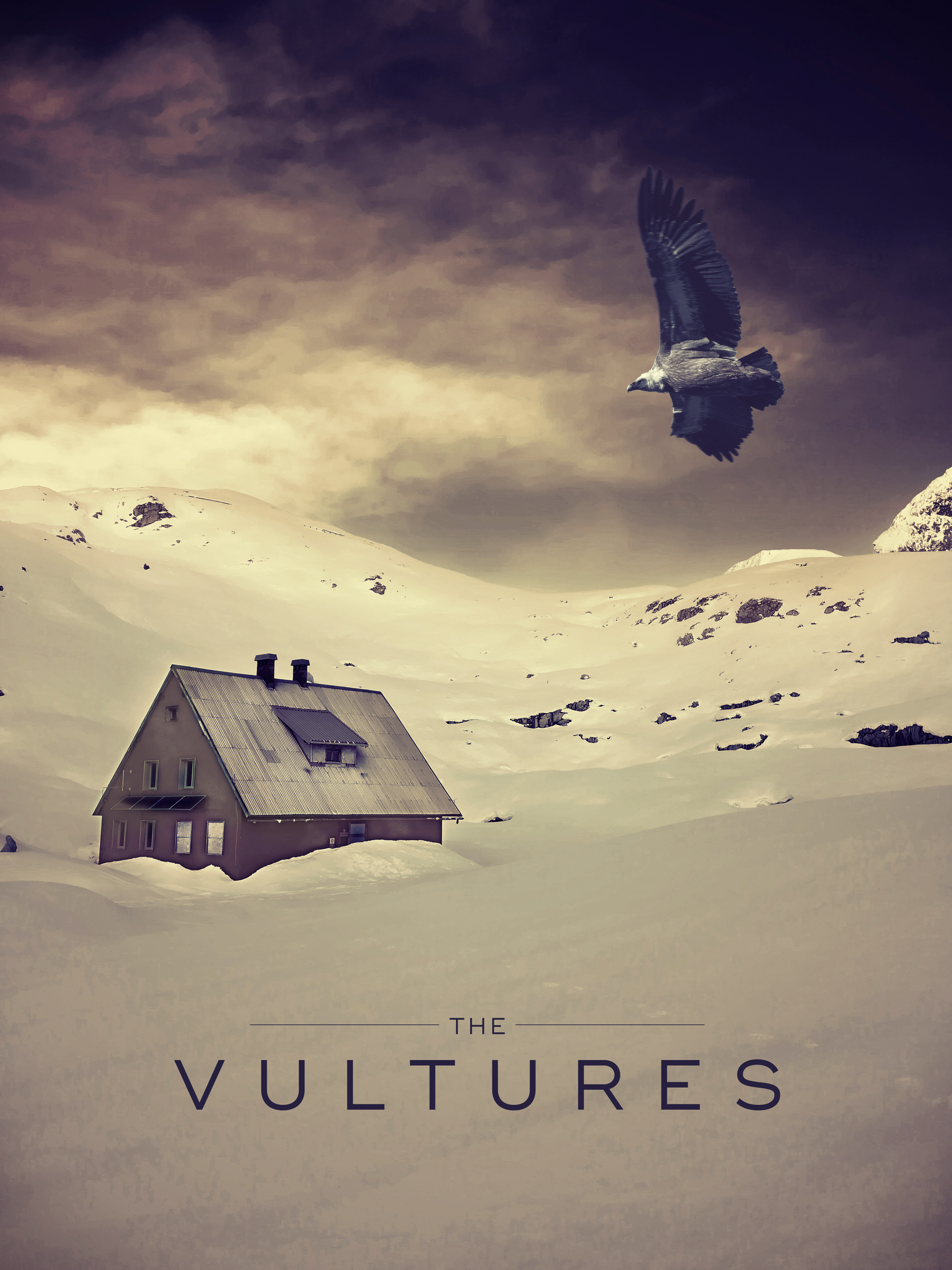 At the height of winter in an isolated mountain cabin, seven elite lawyers discover that this time their team-building is not a reward, but a punishment for their wrongdoing. Someone stole 650.000 € from their law firm and it is their task to find the culprit hiding among them.

A whirlwind of calamitous events begins: the cabin caretaker gets fatally wounded, a snowstorm cuts the road off, and their phones are nowhere to be found. Overnight the lawyers become dependent on the skills of a mysterious Foreigner. Those who were once last become first. This might pave the way for some just reconciliation. But is it enough to stop the human vultures from getting away with their prey?

We’d love to keep you up to date!

Subscribe to our news letter here!
Scroll to top