Full project lineup of the EGF 2018

Tinja is a 12-year old gymnast girl who does everything to fulfil her Mother’s high expectations. When Mother confesses to Tinja she’s having an affair and swears Tinja to keep it a secret, it’s too much. Tinja finds a strange bird’s egg and hatches a bird-like monster out of it, which she names Alli. As Tinja befriends the horrifying monster, the creature gradually transforms into Tinja’s exact doppelgänger after each feeding. What Tinja doesn’t at first realize is that Alli carries out all of Tinja’s hidden and worst impulses.

In a remote house in the heart of the woods, a father and son fight to defend themselves from monsters. Are they really monsters? Or is the real monster the father who buries them in the ground?

In a future Europe scarred by segregation a physically impaired investigator applies her alchemist methods to track down missing persons and ultimately restores hope in peaceful unity.

Carleen meets a handsome stranger called Richard. Richard reveals that he is working in a secret organization that fights with inter-reality creatures called Spinners. To Carleen Richard’s story seems only a nice, romantic flirt, but the truth is that Spinners actually do exist and they consume human beings as source of creative energy.

Sasha, an assertive businesswoman, receives a house in inheritance in her homeland in Eastern Europe. Against all her expectations, she will find herself witnessing supernatural events that will change her deeply. Sasha will end up teaming up with unexpected allies in order to find a way to end a long lasting cycle of killings: she’ll be especially motivated after discovering that her mother’s death was only one of the murders that took place during one of the many satanic rituals held by a group of Nazi soldiers. It will be a race against time…

The Descendant (2018) – Get Off The Road (The Netherlands)
Producer: Jasper de Vreede
Director/Writer: Colinda Bongers

Hannah, a 32 year old British woman, travels to a remote village in the Dutch countryside to find her friend who has mysteriously gone missing. The village has an eerie atmosphere, and even though the hosts of the room she rents are nice, they seem to be hiding a dark secret. Determined to find out what is happening to her and what secret the villagers are hiding, she leaves no stone unturned and tries to uncover the cursed town’s dark secret before the locals hunt her down and lock her up. As the zealous townspeople close in on her, the immense powers of a witch that have lain dormant in Hannah’s bloodline slowly rise the surface…

It’s the first time the four friends and former fellow students Lena, Helen, Marco and Jonas go hiking since their close friend Maya committed suicide. As a violent storm is coming, they find shelter in a deserted cabin, where they discover a doll made by herdsmen for their own entertainment. Marco introduces the doll as a replacement for Maya. But the tension rises as the group starts to hallucinate, now convinced to see Maya instead of the doll. The situation slowly escalates, leading to a violent finale.

Ava and Theo are a young couple haunted by guilt and regret. They move to the countryside to overcome the recent suicide of Ava’s sister. But the landscape around them has a past of its own – scarred by the Black Death and haunted by a mysterious plague doctor with a terrifying agenda. 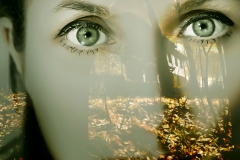 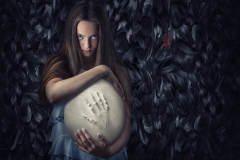 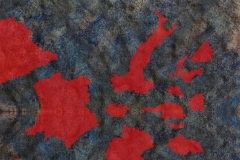 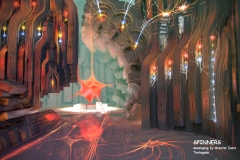 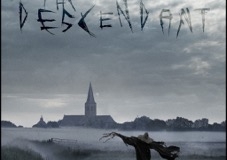 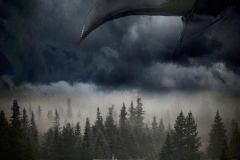 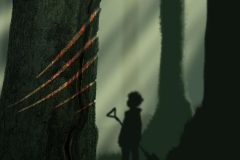 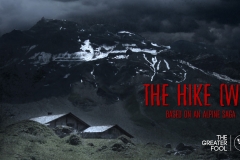